Bury Bach Choir is looking forward to welcoming Bronwen Stephens to Bury St Edmunds, to sing the roles of Second Witch and Second Woman in our concert performance of Purcell’s Dido and Aeneas on Saturday 15 June at The Apex. 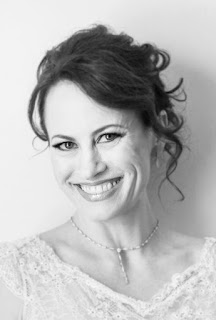 Bronwen began her vocal studies at Pembroke School, in Australia, and was a member of its acclaimed Girls’ Choir and the Adelaide Youth Choir.  Following a career in the corporate world, she returned to intensive vocal studies in 2014, completing a Diploma in Opera and Performing Arts at Associated Studios in London.  For several years she was a member of the London Philharmonic Choir and Voce Chamber Choir, performing in London and on tour in Europe and Australasia.

In 2015, Bronwen made her operatic title role debut as Carmen in London with Secret Opera and also premièred as Madre Germont in the company’s all female production of Verdi’s La Traviata – ‘The Trousered Traviata’ - with performances in London and on tour in the south east of England, including at the Brighton Fringe.  Other roles include Mercedes in Carmen for the New London Opera Players, Bianca in La Rondine, Lola in Cavalleria Rusticana for Opera Passione and Mistress of the Novices in Suor Angelica for Skull of Yorick Productions in Thessaloniki, Greece.  In 2017,  Bronwen returned to Greece to sing Amore and Valetto in L’incoronazione di Poppea and  Suzuki in Madame Butterfly.

In 2018, Bronwen established Rogue Opera, which provides intimate fully-staged productions of classic operas for new audiences and spaces.  With Rogue Opera, Bronwen returned to the title role in Carmen in 2018 at the Wandsworth Arts Fringe and continues to tour the production to unique venues around the UK.  She will sing Donna Elvira in the company’s 2019 production of Mozart’s Don Giovanni.

Tickets for the concert, priced from £15, can be purchased through the choir's website www.burybachchoir.co.uk, by visiting the Apex Box Office, or by calling the Apex on 01284 758000.