Rachel Dyson makes a welcome return to sing with the Choir

Northumbrian soprano Rachel Dyson will join the Choir for our concert on Saturday 21 May at St Edmundsbury Cathedral, to sing Vivaldi’s Gloria, which she has sung previously at The Sage in Gateshead. 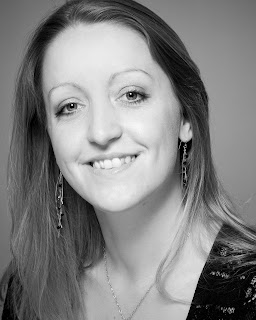 This will be Rachel’s fourth appearance with the Choir – she says ‘I’m so much looking forward to coming back to Bury St Edmunds and singing with the Choir again’.
Other performances include the title role in Patience at the Buxton International Gilbert and Sullivan Festival, as well as a ‘Pot Luck’Pirates of Penzance in which she sang Mabel, Columbina in Lusvardi’s comic opera Colombo Tutto Tondo at the Galway Festival, Micaela in Bizet’s Carmen for The Sage Gateshead Opera Chorus, and an evening performance for Gourmet Opera at Wembley Stadium.
Rachel has also appeared in recent TV and DVD recordings of Wagner's Tannhäuser and Gounod's Faust.
She’ll be sure of a great welcome in Bury St Edmunds next weekend.
For more details of the concert, and to buy tickets, go to the choir's website www.burybachchoir.co.uk