A welcome return for Tom Asher

The Bury Bach Choir is delighted that Tom Asher will be back to sing with us on 15 June at The Apex, taking the co-title role of Aeneas in Purcell’s Dido and Aeneas, which we are performing in concert format.

Yorkshire baritone Tom makes regular appearances with the Bury Bach Choir - a recent alumnus of ENO’s Opera Works, he studies with our Co-President, Graeme Danby, who also sings regularly with us. Tom is a graduate of the University of Durham and the Royal Northern College of Music and won several awards and competitions, including the John Cameron Prize for Lieder. 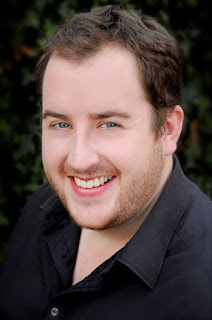 Looking forward to the June concert, Tom says ‘I’m delighted to be back in Bury St Edmunds, singing with the Bury Bach Choir who have tremendous energy and spirit, both on and off stage; it’s always a treat to perform with them!’

During the 2017/18 season, Tom toured the role of Count Robinson in Cimarosa’s Il matrimonio segreto for Pop-up Opera with the final performances in Corfu and was Hildebrand/North Wind in Hampstead Garden Opera’s production of Jonathan Dove’s The Enchanted Pig. He also toured Tuscany as the concert soloist with Dore Male Voice Choir and recorded two albums with the Wessex Consort Choir.

On the concert platform Tom performs regularly as a soloist throughout the UK and internationally. Recent performances include Dvorak’s The Spectre’s Bride in Newcastle and Zurich with the New Tyneside Orchestra and Ars Cantata; Puccini’s Messa di Gloria in Blackburn Cathedral and a special gala concert with Lesley Garret in Doncaster. Tom is looking forward to performing roles in Wagner’s Die Meistersinger von Nürnberg and Stephen Oliver’s The Waiter’s Revenge along with concert performances of works by Bach, Mozart, Haydn and Duruflé over the coming few months.

About the forthcoming concert, he says ‘I am hugely excited to perform my first Aeneas. Purcell’s only opera has some of the best music in the repertoire, and it’s a privilege to sing it’.

It’s a privilege for the Choir to work with Tom, too, and we are really looking forward to the concert!

Tickets for this concert, priced from £15, can be purchased through the choir's website www.burybachchoir.co.uk, by visiting the Apex Box Office, or by calling the Apex on 01284 758000.