The centrepiece of the Bury Bach Choir’s carol concert this year, at the church of St Peter and St Paul in Lavenham, will be Benjamin Britten’s delightful A Ceremony of Carols.

Mainly written in 1942 during his sea crossing from the USA back to Britain (‘one had to alleviate the boredom!’, Britten wrote to a friend), the collection of eleven movements takes its text from The English Galaxy of Shorter Poems and is mainly in Middle English, with some parts in Latin. 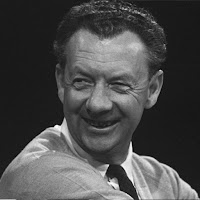 Britten and Peter Pears were sailing across the Atlantic on a Swedish cargo vessel which called in at Halifax, Nova Scotia, where Britten bought his copy of the poems, eventually setting five of them to music. The voyage was clearly uncomfortable as well as dangerous at the height of World War II, with German U-boats everywhere. Pears described their cabin as ‘miserable, very near the huge provisions Ice Box, and the smell & heat were intolerable, & it was difficult for [Britten] as people seemed to whistle up & down the corridor all day!’.

Despite the conditions in which most of them were written, the carols are variously joyful, poignant, reverent and festive. They are enjoyable both to listen to and to sing: composed originally for children’s choirs, several of them are written in rounds or as call and response pieces.

The full version was first sung on 4 December 1943 by the Morriston Boys’ Choir at the Wigmore Hall in London. The huge popularity of the work led Boosey & Hawkes eventually to commission a four-part arrangement for soprano, alto, tenor and bass, composed by Julius Harrison and first published in 1955.

Our concert will feature the choir’s Co-Presidents, soloists Valerie Reid and Graeme Danby, as well as well as several soloists from the ranks of the choir.

The choir will perform several other works, including John Rutter’s Nativity Carol, Good King Wenceslas, Adam lay Ybounden and a beautiful version of Away in a Manger, set to a Normandy folk tune.

There will also be favourite carols for the audience to join in, as well as a complimentary glass of mulled wine and a delicious mince pie after the concert – all in all, a terrific way to begin the Christmas celebrations!