We’re delighted that our Co-President, Valerie Reid, will be singing with us at our concert on 10 November to commemorate the Armistice Centenary. 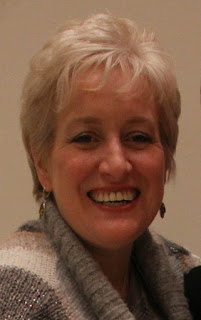 Valerie, a mezzo soprano, will sing the gorgeous Pie Jesu from Duruflé’s Requiem. She says ‘This was one of the first pieces I learnt with my first teacher - Patricia MacMahon - at the Royal Scottish Academy. Although there is not a huge amount for the mezzo to sing it's the most beautifully written textural section of music in any requiem’.

While studying singing at the Academy in Glasgow, Valerie won the Governor’s Recital Prize, two Caird Scholarships and the John Noble Award which, with further support from the Friends of Covent Garden, enabled her to undertake a year’s study at the National Opera Studio in London.

She made her debut with English National Opera as Mercedes in the David Pountney production of Carmen, and this was followed by further appearances as 2nd Lady in Mozart’s The Magic Flute, 3rd Nymph in Rusalka, Maddalena in Rigoletto, The Lady in David Sawer’s acclaimed opera Morning to Midnight, Grimgerde in Die Walküre, which was also performed at the Glastonbury Festival, and Marcellina in The Marriage of Figaro.

Other operatic appearances include Dorabella (Cosi Fan Tutte), Cherubino (The Marriage of Figaro), Charlotte (The Grand Duchess of Gerolstein) for Scottish Opera, Natasha in The Electrification of the Soviet Union for Music Theatre Wales, Carmen in Hong Kong, Rosina (The Barber of Seville) at the Festival de la Vézère in France, Krobyle in the Richard Strauss opera Des Esels Schatten with Sir Peter Ustinov at the Covent Garden Festival and Mrs Turner in Will Todd’s opera The Blackened Man at the Linbury Theatre, Covent Garden.

Valerie is Co-President of the Bury Bach Choir with her husband, renowned bass Graeme Danby, and they both sing with us regularly. She says ‘Being back with Bury Bach Choir means so much to me - Graeme will of course be with us in spirit from his Aida rehearsals in Dublin and I can report back about two of his pupils, Camilla [Jeppeson] and Tom [Asher]! The whole programme will warm the hearts of both audience and choir alike’.