Sena Larard, soprano, sings Gabriel and Eve in The Creation

Making a welcome return to the Bury Bach Choir for its performance of Haydn’s The Creation on 2 June, American soprano Sena Larard has always had a love of music making. 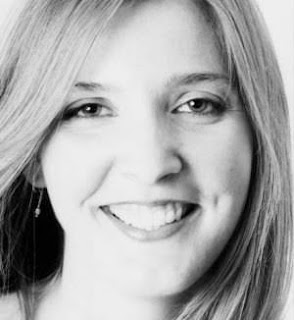 Born in Charlottesville, Virginia,  Sena holds a Master’s degree in Vocal Performance from the City University of New York, where she studied with Patricia McCaffrey, and a Liberal Arts degree from Roanoke College with a cello major.

She has also studied vocal technique with Bill Schuman, Jonathan Papp and our own Graeme Danby – in this performance, she is singing Eve to his Adam, which will be a wonderful treat.

If you can’t wait for the concert, you can hear Sena singing on the soundtrack of Mirette (towards the end of the trailer), a short film featuring Tom Conti and Miriam Margolyes, which has been selected as part of the 2018 Tribeca Film Festival and Nashville Film Festival.

Sena is also very proud of her young voice studio:  her most advanced students are singing in the Royal Opera House Children’s Chorus, The National Children’s Chorus and at Italia Conti School for the Performing Arts.

Sena lives in London with her husband and two young children.

The concert is on Saturday 2 June in St Edmundsbury Cathedral, Bury St Edmunds, starting at 7.30pm.  Tickets are available from www.burybachchoir.co.uk and by phoning 01284 758000.