We’re delighted to welcome Christopher Turner back to Bury St Edmunds, singing the tenor role of Uriel in Haydn’s The Creation, which we are performing on 2 June at St Edmundsbury Cathedral.

Born in Birmingham, Christopher read music at the University of Hull, furthering his studies with Barbara Robotham at the Royal Northern College of Music and at the National Opera Studio, where he was sponsored by the Scottish Endowment Trust and The Friends of Covent Garden. 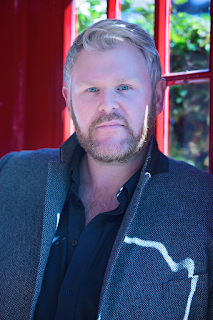 He has received many prizes, including The Michael and Joyce Kennedy Prize for Singing Strauss, the Frederic Cox Prize, the Elizabeth Harwood Prize, and, most  recently, a Countess of Munster ‘Young Star’ Award and the Sybil Tutton Award from the Musicians Benevolent Fund.  He was also a major scholar of the Sir Peter Moores Foundation.

His recordings include Aubrey Maria di Rohan and Keeper of the Tower of Siena Pia de Tolomei for Opera Rara.

Christopher performs regularly in concert and his performance have taken him throughout the UK, as well as Europe and the Far East.  His repertoire includes Bach Christmas Oratorio, Magnificat and St Matthew Passion, Beethoven Symphony No. 9, Handel Jephtha, Judas Maccabaeus and Messiah, Haydn The Creation, Mozart Requiem and Rossini Petite Messe Solennelle.

Recent engagements include Beethoven Symphony No. 9 with the Royal Philharmonic Orchestra at the Royal Albert Hall and with the Philharmonia at the Lichfield Festival, and Mozart Requiem and Handel’s Messiah with the Orchestra of St John’s Smith Square.

The concert is on Saturday 2 June in St Edmundsbury Cathedral, Bury St Edmunds, starting at 7.30pm. Tickets are available from www.burybachchoir.co.uk and by phoning 01284 758000.