Henry Purcell and his Anthems

Bury Bach Choir is delighted to feature the work of Henry Purcell (correctly pronounced with equal emphasis on both syllables!) in our final concert this season, on Saturday 15 June at The Apex. 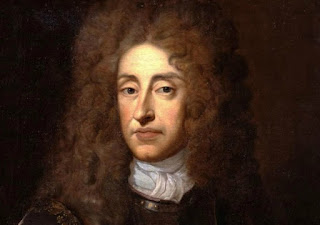 Purcell (1659–1695) is acknowledged as one of England’s greatest composers and has been a source of inspiration for British composers ever since:  Benjamin Britten, Michael Tippett and Peter Maxwell Davies are among those who have expressed their indebtedness to him.  Little is known about Purcell’s life beyond his official appointments and duties, but as a musician he excelled as a servant of the Court, the Church and the theatre, writing odes, welcome songs, sonatas, anthems, music for the liturgy and incidental music, and a series of operatic extravaganzas – including King Arthur and The Fairy Queen – which fascinated the London public during the 1690s.

Born into a musical family, Purcell became a boy chorister at the Chapel Royal, where he was trained by Henry Cooke and Pelham Humfrey, and later, after his voice had broken, by John Blow at Westminster Abbey.  When Blow retired (or possibly was dismissed) from the Abbey in 1679, Purcell was appointed in his place, composing, directing and playing music at the services.

The first half of the concert will feature three of Purcell’s most moving and beautiful Anthems, scored for five voice-parts including two soprano parts.

‘I was glad when they said unto me’ is a setting of words from Psalm 122, a text more likely to be familiar to audiences through Parry’s celebrated version.  Purcell’s anthem was composed in 1685 for the coronation of James II at Westminster Abbey on 23 April, when it was sung at the start of the service as the King and Queen made their entrance.  ‘I was glad’ is sectional in form, with a striking use of pictorialisms, including - for example - the dotted, trumpet-like flourish on ‘glad’ and the steady climbing motif on ‘We will go’.  Purcell’s setting of the words ‘world without end’ is especially impressive, with much imitation between the five voice-parts as well as against an augmented presentation in the basses.

‘Remember not, Lord, our offences’ of 1680 sets words from the Litany in the Book of Common Prayer.  It opens and closes homophonically; by way of contrast, the central section uses double counterpoint to draw a precise emotional curve in which dissonances raise the tension to a climax.

Our third Anthem, ‘Jehova, quam multi sunt hostes mei’ (words from Psalm 3) is one of the supreme examples of Purcell’s art.  It is not known why he should have set Latin Psalm texts - in his day these could never have been sung in Anglican services and it is unlikely that he would have been called on to compose for the Catholic chapels of the queens of Charles II and James II.  They may have arisen from a personal impulse in response to Italian music which had come his way.  ‘Jehova’ is a powerful masterpiece quite independent of the English anthem in plan, with some solo passages reminiscent of the Italian composer Carissimi.  It is striking both for the individuality of its harmonies (Elgar, when orchestrating it, enquired whether indeed some of these were right) and for its range of tonality.

Tickets for the concert, priced from £15, can be purchased through the choir's website www.burybachchoir.co.uk, by visiting the Apex Box Office, or by calling the Apex on 01284 758000.